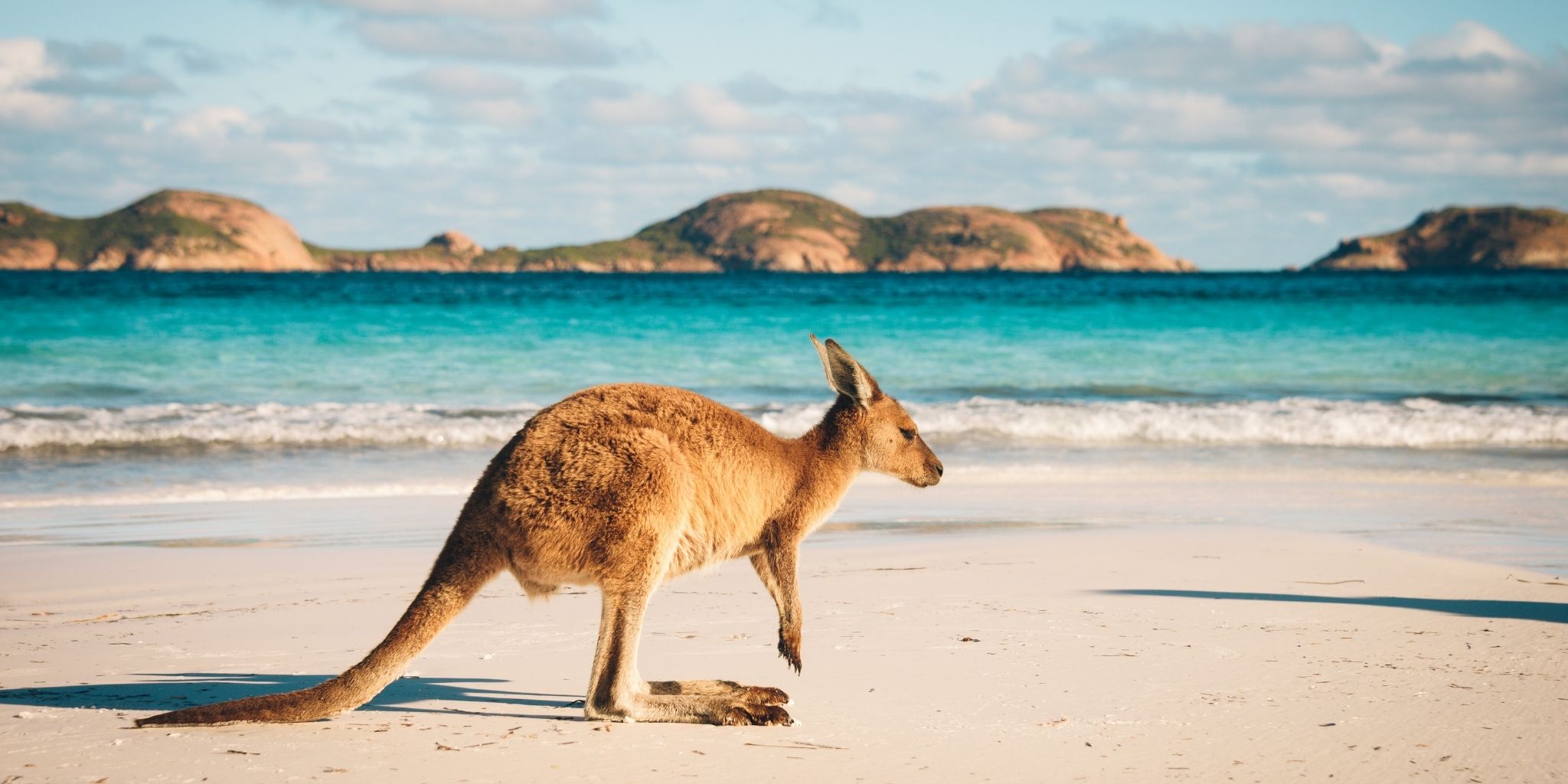 Whip out the sunscreen, grab your esky, and slap on a pair of sunnies - we’re headed Down Under for some Australian fun!

Map of Australia for Kids

Australia is one of the largest countries in the world, and the only country which covers an entire continent! Take a look at this map of Australia to see its animals, landmarks, states & territories. 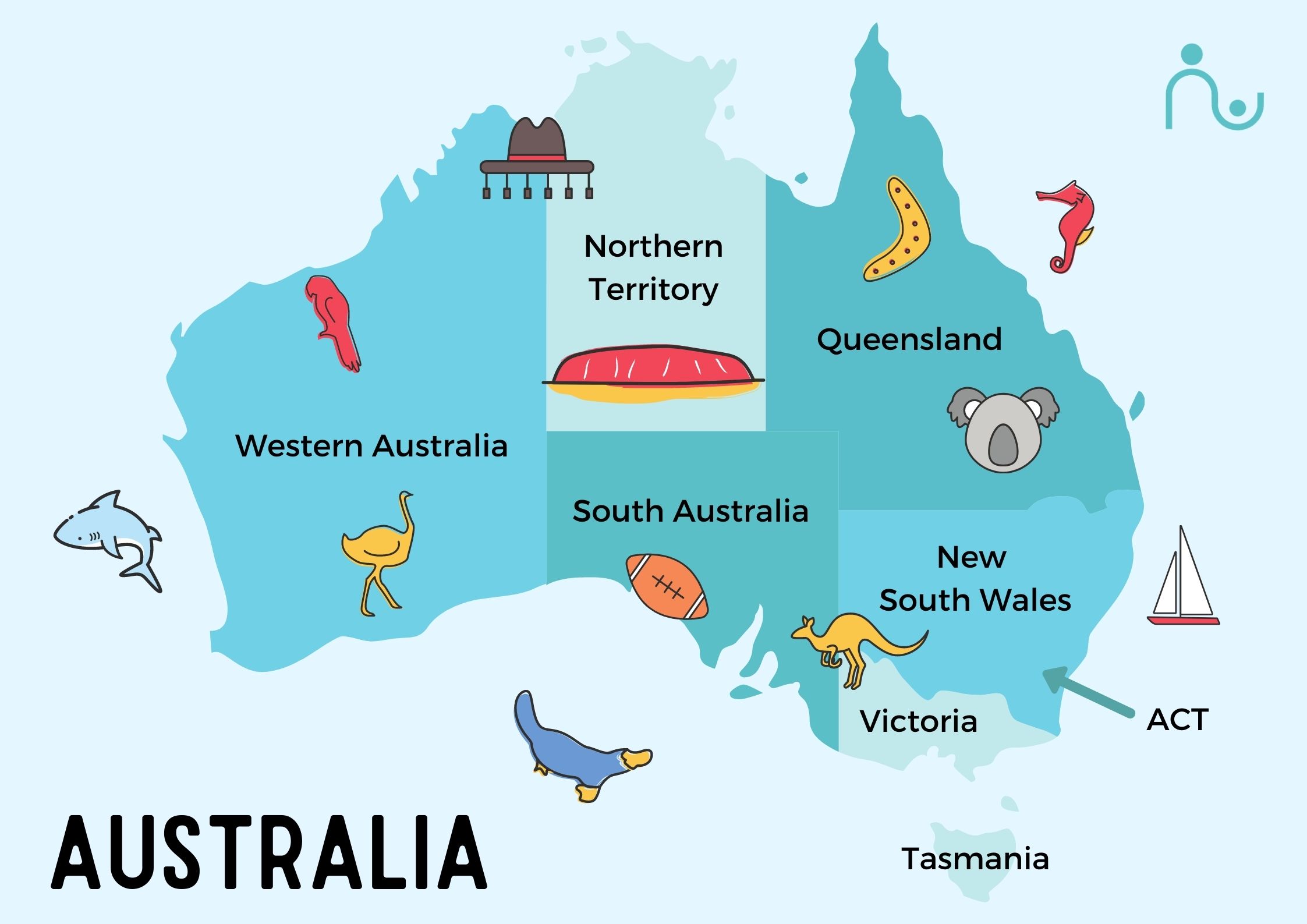 There are plenty of fun facts to learn about Australia. For example, did you know that Australia is the only country in the world to cover an entire continent? How cool is that? Read on for more!

How many states in Australia? 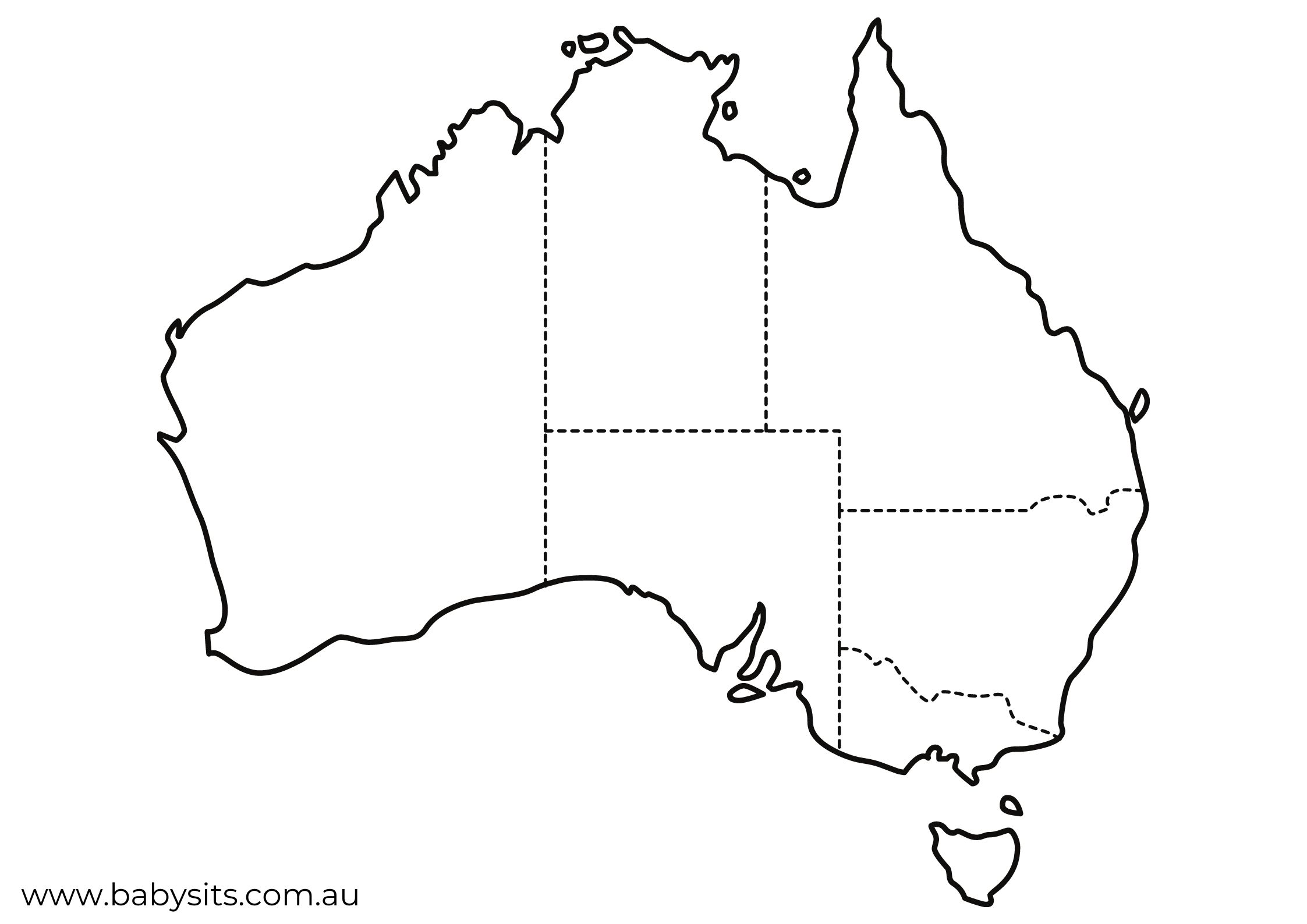 How big is Australia?

What does the Australian Flag represent?

The Australian flag is made up of three main elements: the Union Jack, the Southern Cross and the Commonwealth (or Federation) Star.

Print out our Australian Flag and see if you can colour the flag in its correct colours! 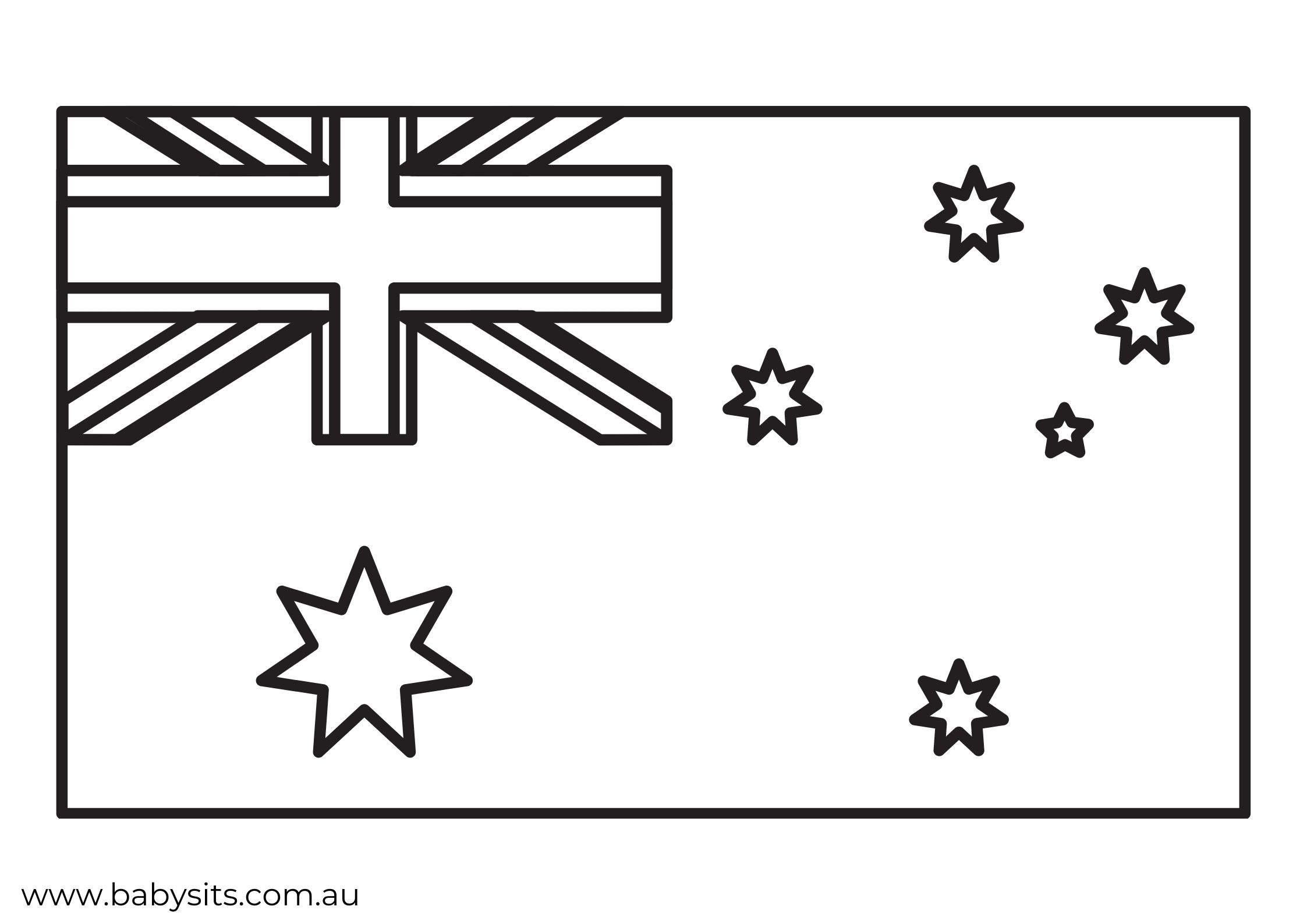 What does the Australian Aboriginal Flag represent?

Print out our Australian Aboriginal Flag and see if you can colour the flag in its correct colours! 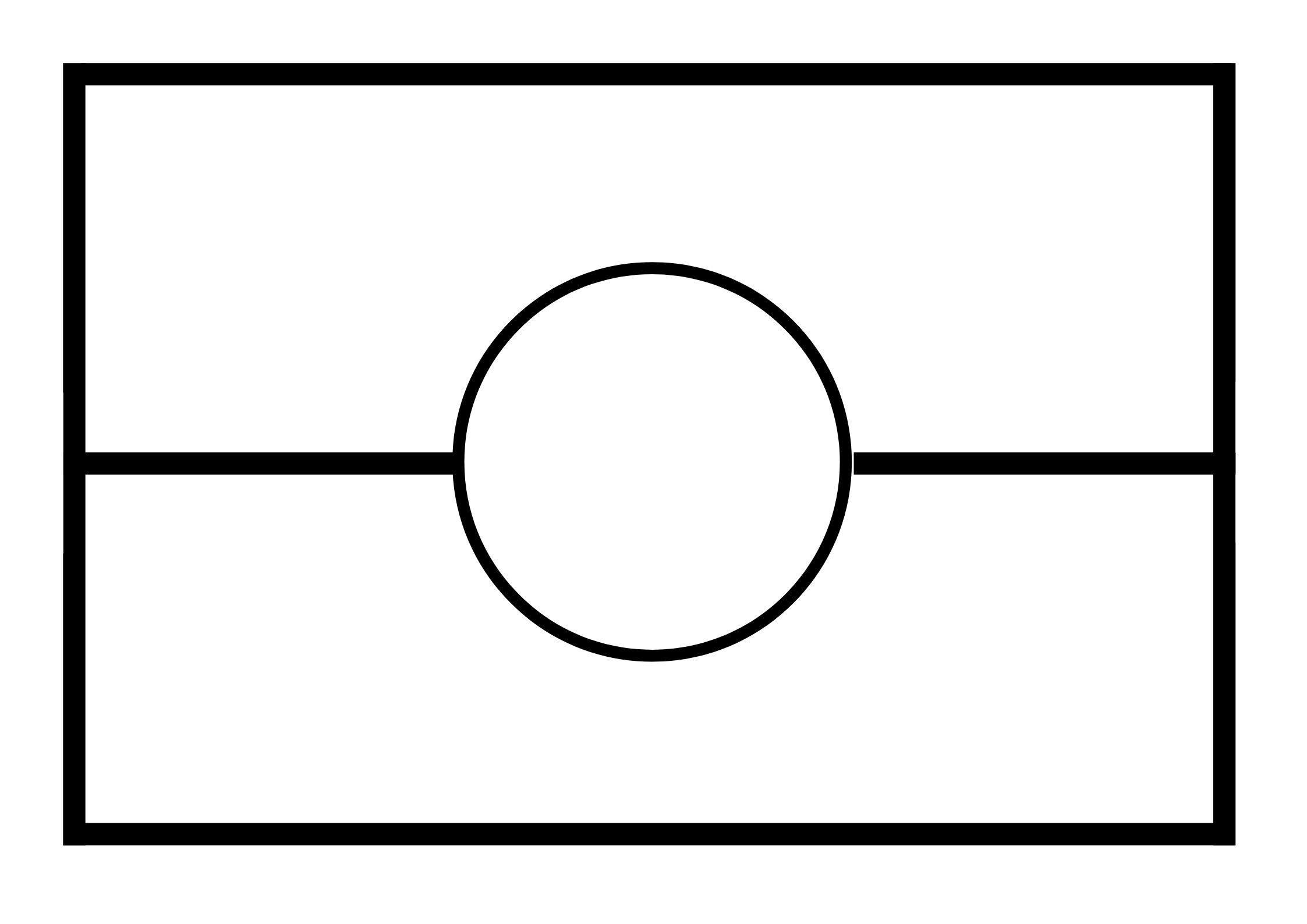 Australia day is the official national day of Australia. On the 26th of January every year, Australians celebrate the anniversary of the 1788 arrival of the First Fleet of British ships at Port Jackson, New South Wales. The day also commemorates the raising of the flag of Great Britain by Governor Arthur Phillip at Sydney Cove.

Uluru, also known as Ayers Rock, is a MASSIVE rock jutting out of the Earth's surface in the dry and arid desert of central Australia. It's grandiose size and awe-inspiring features have fed imaginations and inspired Aboriginal dreamtime stories for millena. How cool is that? 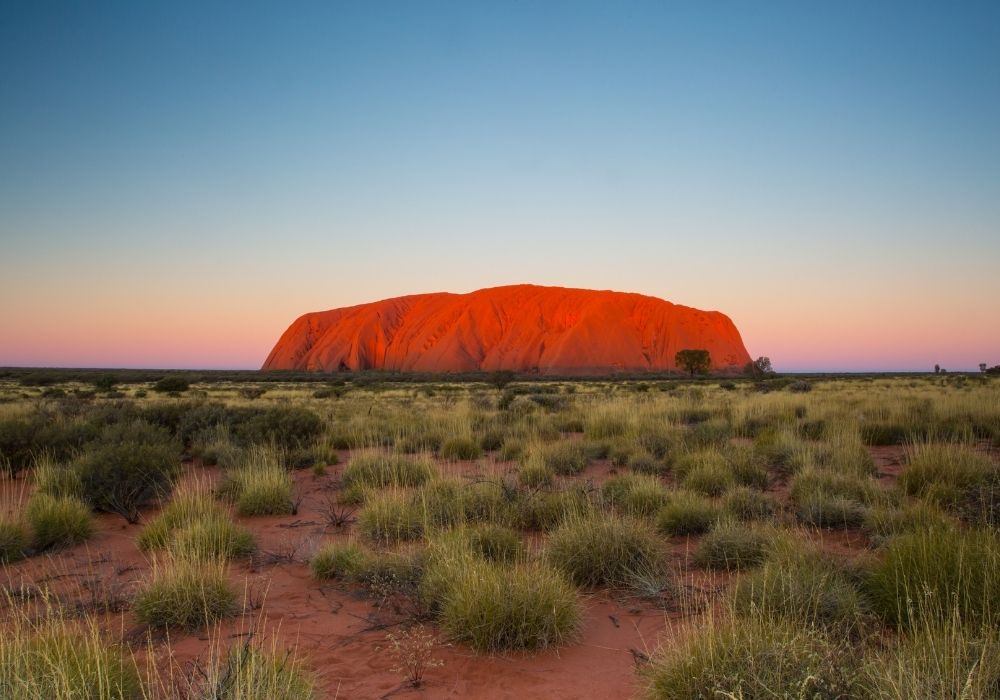 What's your favourite Australian animal? Australia is home to many iconic species that cannot be found anywhere else on the planet! 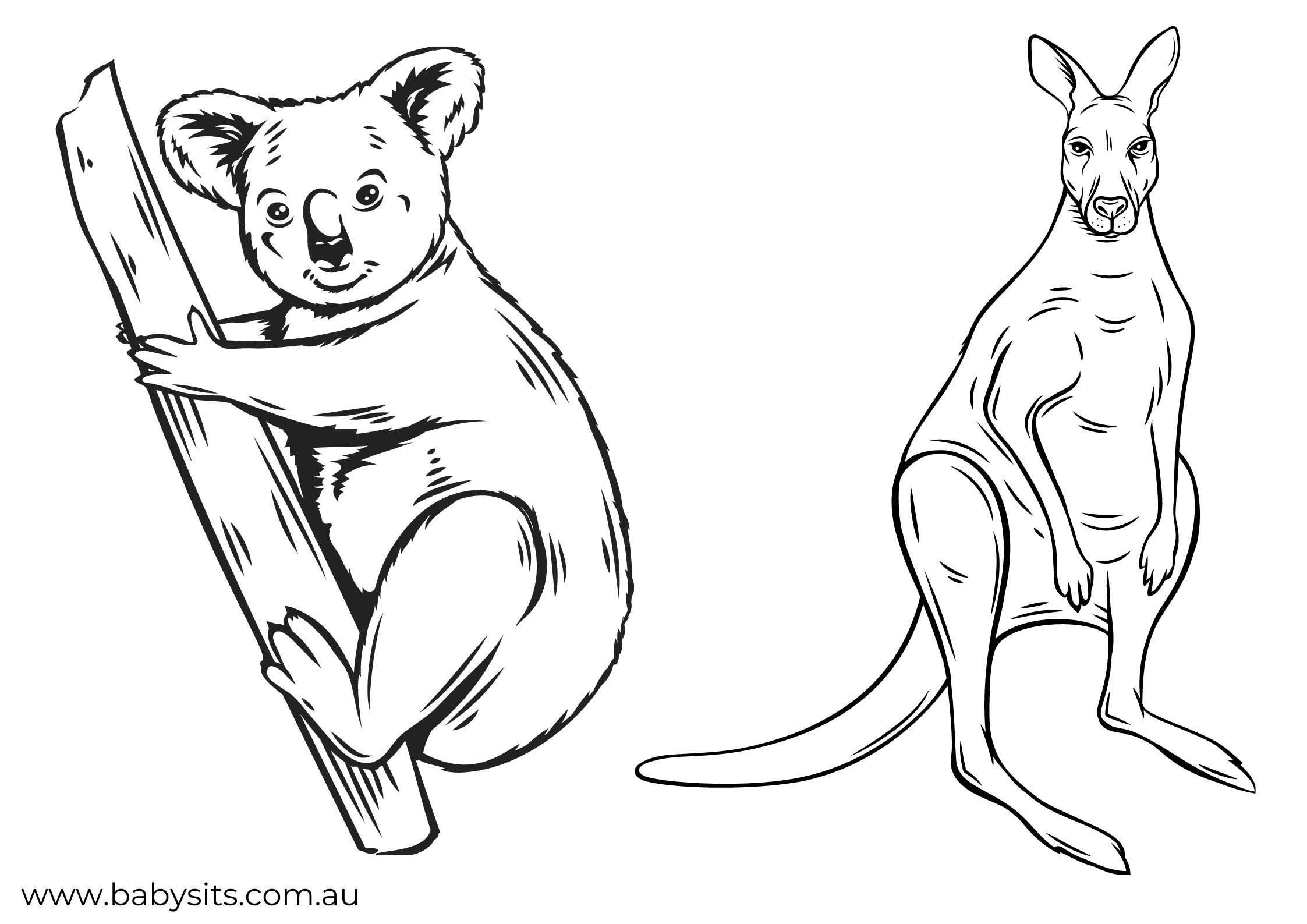 Koalas aren't just adorable, they're super interesting too! Read on to discover fascinating facts about koalas: 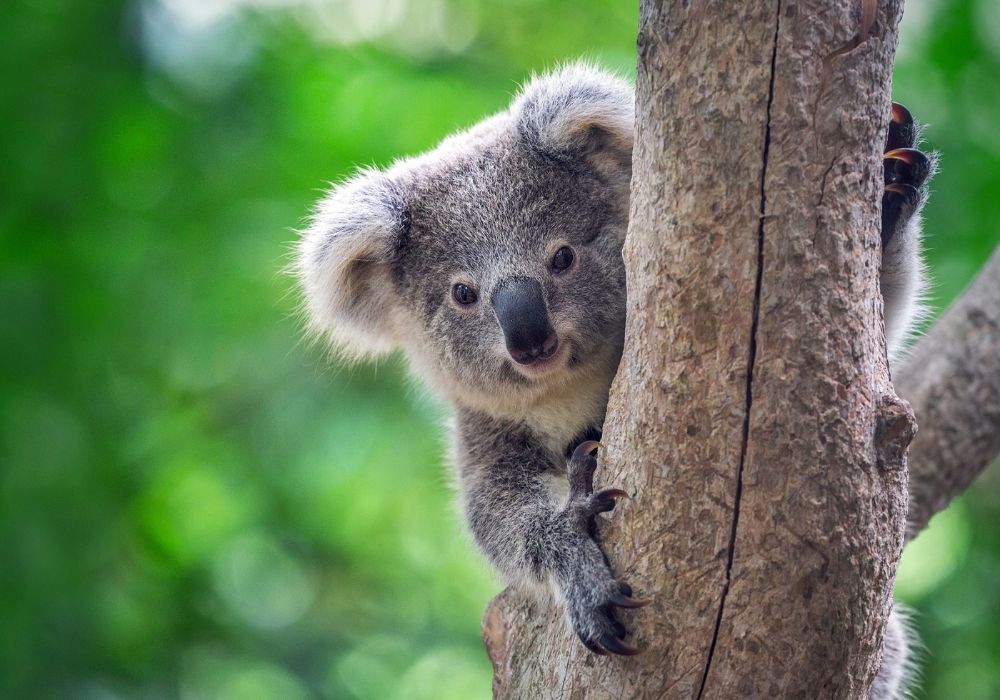 Kangaroos are perhaps Australia's most recognisable animal! Read on to learn all about these fascinating mammals:

Are you looking for sitters near you? Search through thousands of babysitter profiles to find a sitter who's perfect for your family. 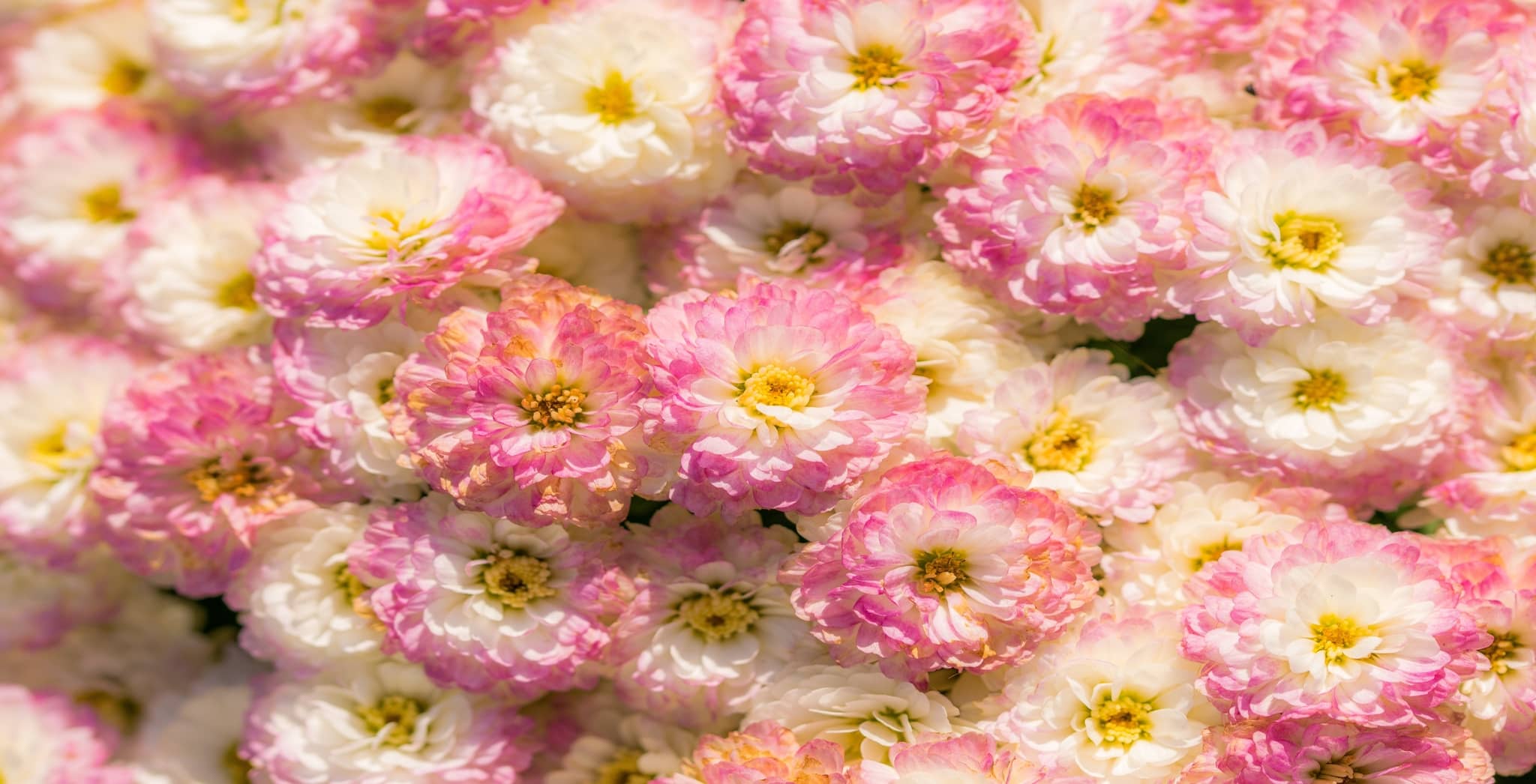 Tips for Parents • Activities • Do It Yourself

Explaining The Seasons Changing to Kids 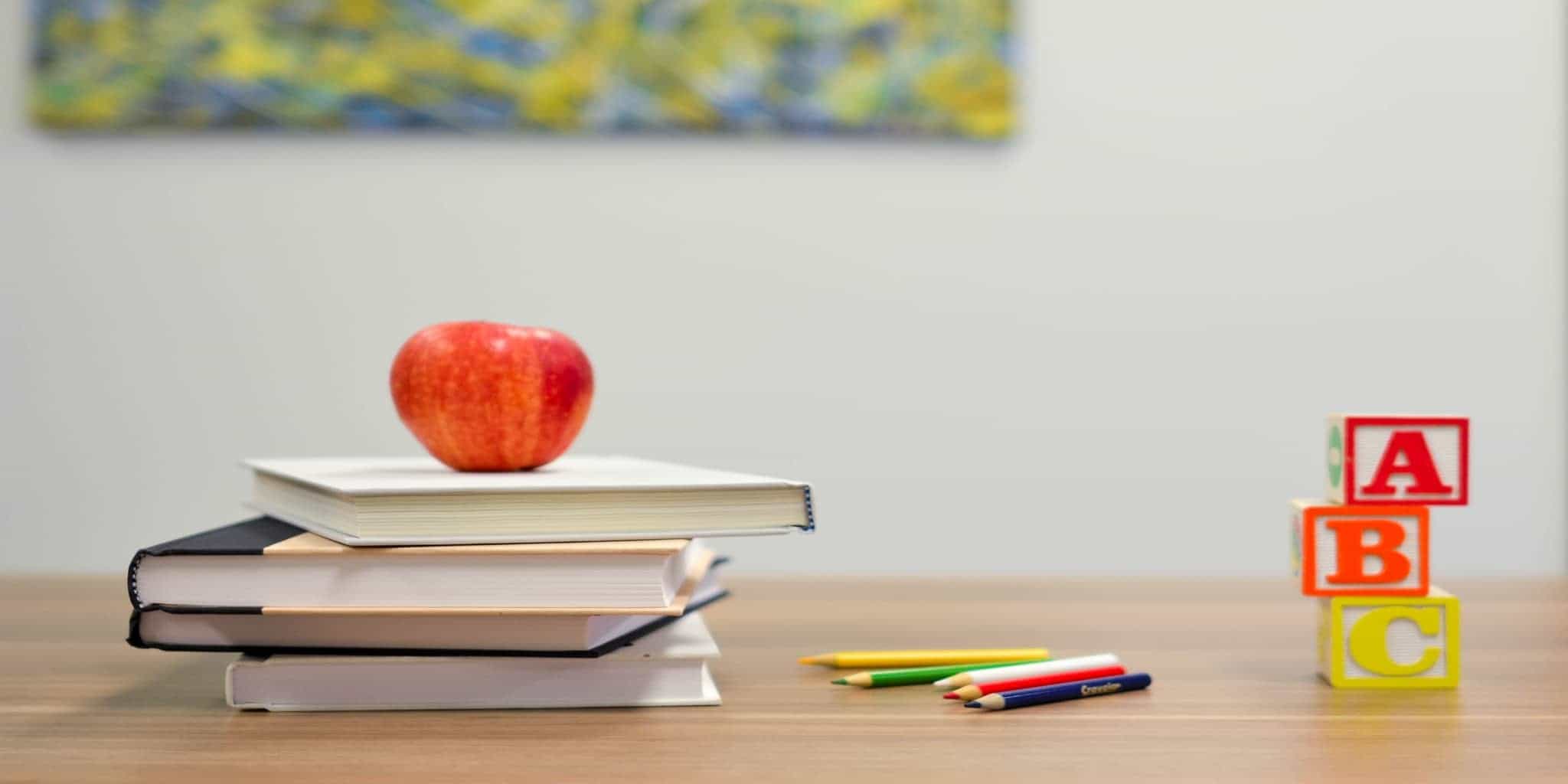 Start The New Term Right With These Three Tips 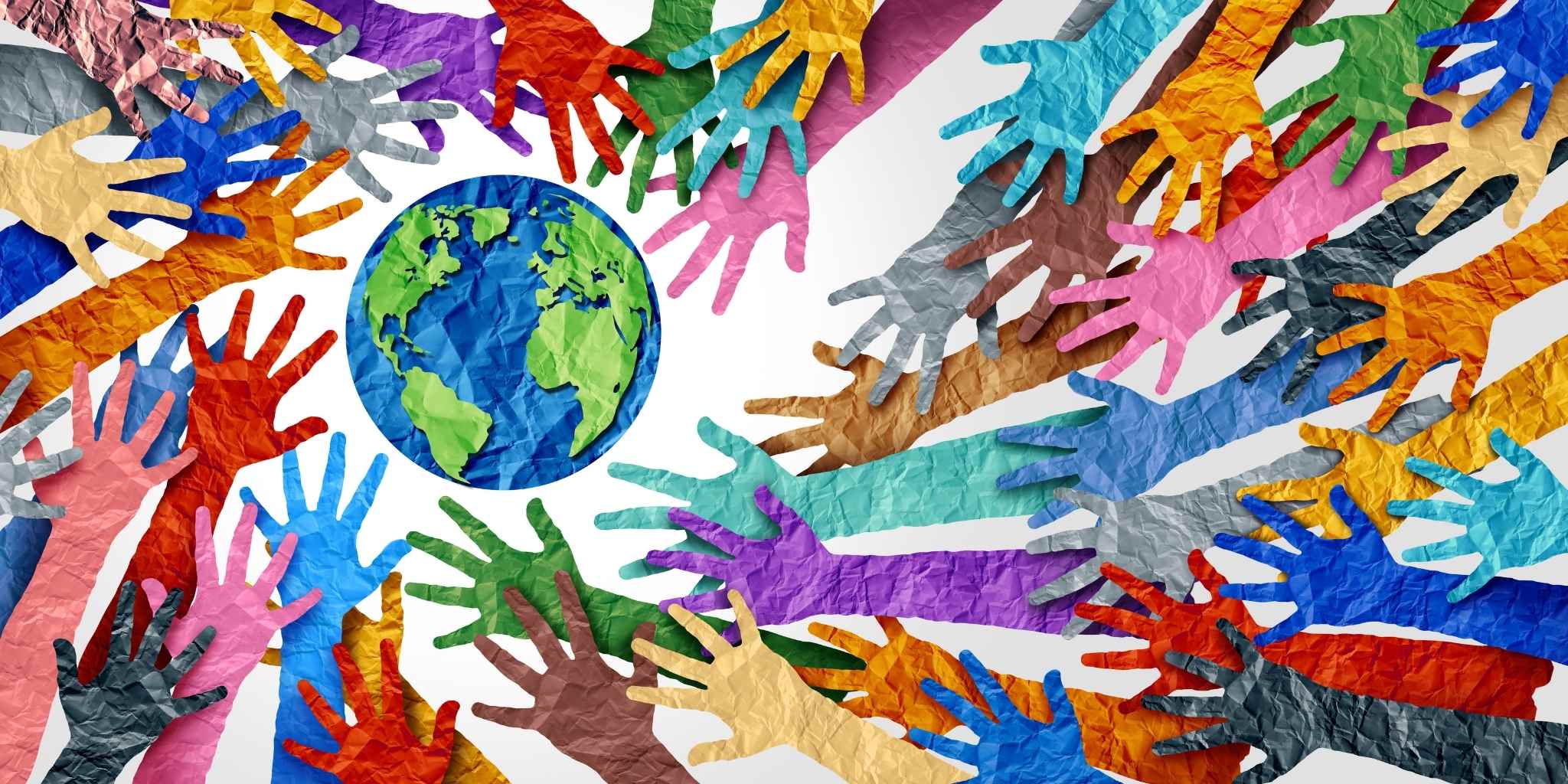 Teaching kids about culture and diversity - tips and activities